Bringing pervs to the world.
On the surface, NyaHentai seems to be your usual collection of perversions. There’s a fairly simple SFW logo with little puppy footprints, a search bar, a few language options, and thumbnails scattered throughout the rest of the page. It’s like looking at a brick wall, but every single brick block is a futanari sex-fest, an interspecies fluffy beast romance, a BBW princess parody, or a totally yucky-looking lolita adventure.
One of the first things I noticed was the little flag icons on each of the kinky titles. The site has content in Japanese, Chinese, and English, and each language is recognized by this flag banner. If you want to narrow down the list to only the languages you speak, you can click on the tag and that option will pop up as well. But I wish this could be applied to search as well. But that won’t be a problem for stubbled geeks and Redditors like you. Because words don’t matter when you’re reading a tentacle rape scene.

The domain NyaHentai.com has been in use since 2019. I don’t know how many years it took to get this collection active, but seriously, the content is massive. I can’t even begin to imagine the total number of perverts and doujinshi we have in our library.

I was about to go down to the bottom of the story when I came across something strange. When I clicked on the last page button at the bottom of the page, the URL preview told me it would take me to page 14046, but it only took me to page 300, and when I tried to go to page 301, 302, 303, or 304, it kept taking me back to page 300. I don’t know if it’s because it’s actually the last page, or if it’s just a technical problem. I can tell from the number of pages that there are at least 7,500 pieces of content in this collection, but in reality, there are probably tens of thousands more. (Looking at the numbers later, it seems to be more of a technical problem.) But forget about that, it’s just a lot of kinky illustrations to shake your dick at.

Oh my fucking god, that’s some seriously weird stuff!
There are many limitations to video pornography. There are technical limitations, practical limitations, legal limitations, and then there’s the simple but serious limitation of whether or not it’s physically possible in the real world. But one of the wonderful strengths of perversity is that you don’t have to play by the same rules as in the real world. So you can enter a whole new world of deep and strange perversity.
As soon as you turn the pages of NyaHentai, you’ll see more and more examples of this. Sea Mails are quite popular in doujinshi, where they’re known as futanari, and it’s not uncommon to find your favorite female characters with huge cocks that go well with their big melon tits. There are also tons of dream demons, succubi, extreme and painful sex machines, dominant female warriors, various types of alien rape, you name it.

If you look at the tag page of NyaHentai.com, you’ll see just how deep the well of perversion runs. The subgenre of sex manga is quite broad, with thousands of fetishes, intercourse, body types, and scenarios to choose from. Seriously, this list is awesome. But it’s really detailed and massive. You’ll love me if these lists are easy to browse. I know I’m going to find some pretty good stuff here. But when the list is hundreds of pages long, it’s a different story.

If you know what you’re looking for, then go and find it. For most of you, the easiest way to check categories is to look for popular or hot topics on the tags page, not the A-Z default way of finding them one by one. Anyway, that would be the best, most popular, and completely bizarre way to find content from the menu.

How about some kinky parodies?
You know what else I like about kinky content? It’s kinky parodies. Parodies are always included in the doujinshi category. NyaHentai also has a wide selection of massive parodies of your favorite shows, games, movies, and characters. The list of characters and parodies, as well as the tag list, can go on for quite a long time and cover a lot of pages. So I suggest you browse the popular or hot views.
Let’s see, some of the most popular parodies on Hentai Style include Toho Project, Fate Grand Order, and The Idolmaster. You’ll also find perpetual favorites like Naruto, Street Fighter, Sailor Moon, and Pokemon. You’ll also find pornographic versions of Yu-Gi-Oh, sexually explicit Dragon Quest, and hundreds of Dragon Ball comics with a perversion level of over 9000!

There’s no embedded comic reader like you’ll find on fancier doujinshi sites. Just a simple, but efficient gallery format that you’ve seen millions of times before. You click on a thumbnail to see the full version, and then you flip through the pages by pressing the back and forth buttons. This Zelda comic has a stick-on sensor ship, so it’s not as bad as Mosaic. But it’s still depressing, though. At least Dat Ass, the main highlight of the story, has a pretty nice looking butt. Remember that. In Hentai, the anus is not an object of censorship, even if it is being pulled out and inserted. 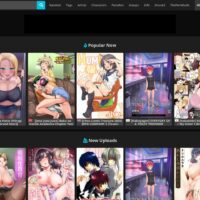 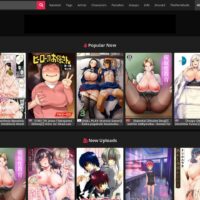 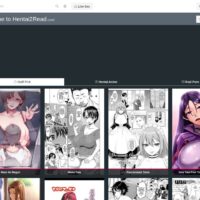 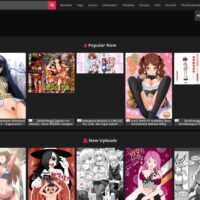